Intuitive Surgical has revolutionized the minimally invasive, robotic-assisted surgical space with their FDA approved da Vinci surgical systems. The company has an impressive global presence with 5,582 da Vinci systems in 67 countries. As of 2019, more than 7.2 million da Vinci procedures have been completed worldwide. However, when the COVID-19 pandemic hit, many elective surgical procedures were deemed non-essential and put on hold — the company took a hit. Is Intuitive Surgical still a buy?

Intuitive Surgical was founded in 1995 and received FDA approval for its first-generation da Vinci surgical system in 2000 for general laparoscopic surgery. Laparoscopic surgery or minimally invasive surgery uses multiple 0.5-1cm incisions to examine the organs inside the abdomen. A surgeon uses the console within the da Vinci surgical system to control a robotic arm to make these small incisions. After the small incisions are made, the surgeon carefully inserts various instruments into the area to be operated on. On the other hand, in conventional open surgery, the surgeon uses a single incision to enter the abdomen. According to Jefferson Health, minimally invasive surgery has several advantages over traditional open surgery including shorter hospital stays, less trauma during surgery, and fewer complications. Because of these benefits, minimally invasive surgery is becoming increasingly popular all over the world.

Intuitive Surgical had stellar financials for the year ended December 31, 2019. The company generated about $4.47 billion in revenue, a 20% increase from the end of 2018. Their net income was approximately $1.38 billion, giving them an outstanding net profit margin ratio of 30.7% — a 10% net profit margin ratio is considered average. Intuitive Surgical had a solid current ratio of 4.52, indicating that the company could easily pay its short-term debt obligations. Finally, they had about $1.16 billion in cash and cash equivalents, which means that they had a significant amount of liquidity heading into the quarter when the stock market crash would take place.

According to the CovidSurg Collaborative, about “28.4 million elective surgeries worldwide will be canceled or postponed in 2020… in other words, less than 30% of scheduled elective surgeries will take place”. Instead, hospitals are prioritizing surgeries for COVID-19 patients. Intuitive Surgical indicated in early April that “in the latter half of March, the company experienced a significant decline in procedure volume and postponements of system placements in the U.S. and Europe”. Not surprisingly, the company also stated the disruptions in elective surgical procedures have caused and will continue to cause a significant negative impact on operations and financial results. There is almost no doubt that the second quarter of 2020 will be weaker for Intuitive Surgical, and the question remains… will they pull through?

Before the pandemic hit, Intuitive Surgical’s stock (NASDAQ: ISRG) was fluctuating between $570.00 to $620.00; however, when economies around the world shut down, their stock price dropped by a whopping 58% to a low of $367.75. Since the crash in early March, the stock has fully recovered by nearly 62% to about $594.00. This recovery is likely because the number of elective surgeries has slowly but surely increased as many countries are seeing less COVID-19 infections. It seems as though Intuitive Surgical is out of the woods; however, many people are skeptical because of the recent resurgence in coronavirus cases.

In recent weeks, several countries such as Australia, Germany, and the United States have experienced increased coronavirus infections. These recent spikes may cause hospitals to once again postpone some elective surgical procedures in which case, Intuitive Surgical will likely see another hit to their revenue streams. Dr. Robert Glatter, an emergency physician at Lenox Hill Hospital in New York City, stated that in the fall and winter months, “the intensity of both viruses [COVID-19 and influenza] combined could make our initial COVID-19 look benign”. Although there may be a stronger wave of COVID-19 in the future, countries will have more experience in dealing with the virus in terms of lockdown procedures, social distancing regulations, and adequate hospital equipment. Intuitive Surgical has survived the initial spike in cases and has strong financials to persevere through a potentially more-severe second wave.

Some of Intuitive Surgical’s main competitors are Medtronic and Zimmer Biomet. Medtronic entered the robotic surgery space when they acquired Mazor Robotics in 2018, and Zimmer acquired MedTech SA and its Rosa robotic system for orthopedic surgery in 2016. Medtronic had a share price of around $120.00 before the crisis and then dropped about 40% to $73.00 — its share price has since recovered by about 22% to $94.00. On the other hand, Zimmer had a share price of approximately $160.00 before the pandemic and then decreased about 50% to $80.00; they have since seen their share price recover by 59% to $127.00. Because Medtronic and Zimmer had almost identical stock charts to Intuitive Surgical, we are dealing with an industry-related problem. The robotic-assisted industry is already recovering since elective surgeries are ramping up; therefore, Intuitive Surgical is a safe investment.

The First Mover and Switching Cost:

The advantage that Intuitive Surgical has over its competitors is that it entered the robotic-assisted surgical field before they did. The first mover advantage is powerful, just look at companies like Netflix and Apple to see the proof of this concept. Because Intuitive Surgical was the first mover, it’s stock recovered more than its competitors, keeping the company in first place.

Being the first mover also provides Intuitive Surgical with a switching cost advantage. Even if Medtronic or Zimmer were to come out with the next greatest surgical robot, the majority of surgeons already use the da Vinci surgical system. Training surgeons to use a new robot represents a learning curve switching cost; hence, I believe many hospitals would not go through the trouble to adopt the new systems, especially when they need to catch up on the backlog of elective surgeries.

Intuitive Surgical is the clear leader in the robotic-assisted surgical space. Although it has taken hits to its revenue streams due to the hold on elective surgeries, these setbacks are temporary. Elective surgery procedures have increased in recent months, and Intuitive Surgical’s stock price reflects this. Yes, there may be a stronger, second wave of coronavirus cases; however, that does not change the fact that people need surgery. I recommend that people buy Intuitive Surgical because of its highly in-demand products, excellent financials, and first mover status. 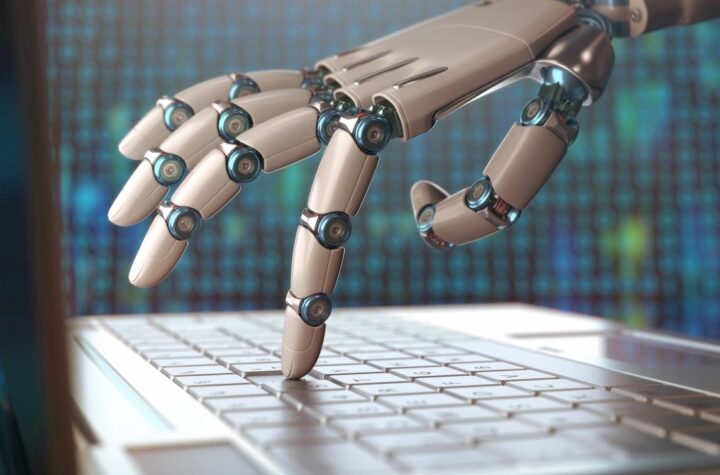 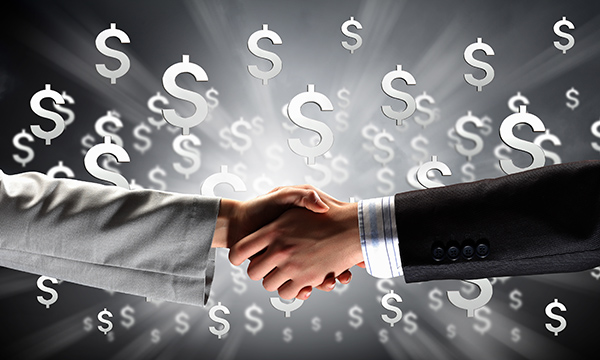 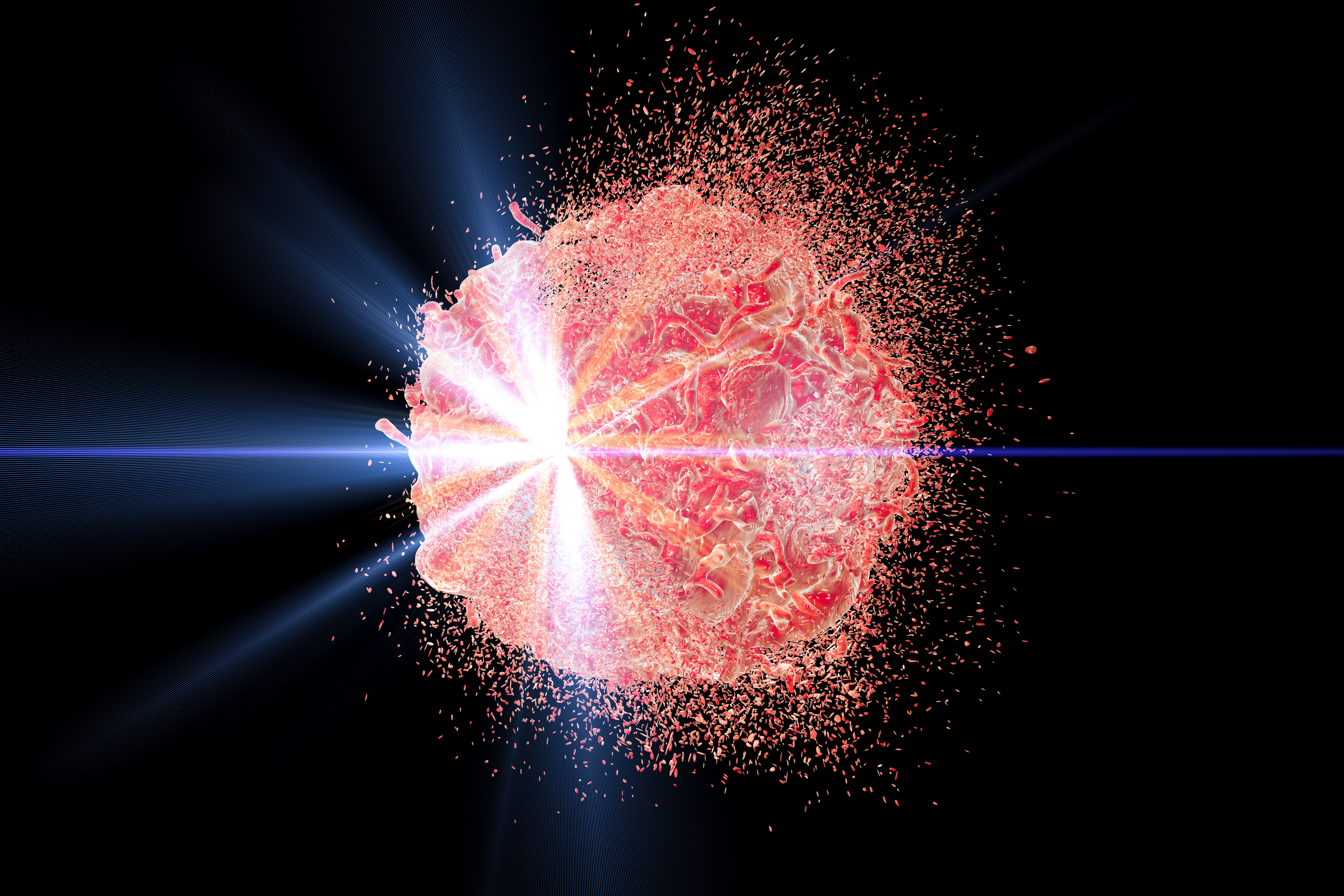