Heading into the summer of 2020, things looked promising for Galápagos NV. In early June, the Belgian biotech and its partner, Gilead Sciences, announced the results of their phase III clinical trial for filgotinib, a JAK1 inhibitor designed to treat patients with moderate to severely active rheumatoid arthritis (RA). According to the study, “The data demonstrate sustained efficacy and a consistent safety profile with up to 52 weeks of filgotinib across RA populations.” Despite these positive indications, Gilead Sciences received a complete response letter (CRL) from the United States Food and Drug Administration (FDA) specifying that filgotinib was not ready for approval. After publicizing this disappointing news, Galápagos’ stock immediately (NASDAQ: GLPG) took a massive hit and has been on the decline ever since. With the stock currently trading at around $100 compared to nearly $275 in February of 2020, many investors see Galápagos as a value stock and are hoping to buy low and sell high. But, is this really a good strategy? Keep reading to find out…

Approving a new drug in the United States is an extraordinarily difficult feat. According to MedicineNet, only five in 5,000 drugs that enter preclinical testing in the United States make it to human testing; furthermore, only one of those five drugs will ultimately receive approval. The entire FDA drug approval process takes an average of 12 years to complete — it is both costly (about $1 billion) and eats into the drug’s patent life of 20 years.

Filgotinib making it through phase III clinical trials with seemingly positive results and then missing the FDA approval may seem like a unique circumstance… but it is not. Unfortunately, for many pharmaceutical companies, collapsing inches away from the finish line is the harsh reality. In the case of filgotinib, there were two issues that the FDA outlined in the CRL that prevented approval.

The first issue that the FDA raised dealt with filgotinib’s incomplete MATNA and MATNA-RAy studies. These studies were designed to evaluate the impact of filgotinib on the sperm parameters in adult males; however, Galápagos and Gilead incorrectly predicted that they could receive approval without them. Both of these trials are fully recruited with topline results expected during the first half of 2021. The FDA also “expressed concerns regarding the overall benefit/risk profile of the filgotinib 200 mg dose.” For these reasons, Galápagos and Gilead have decided not to pursue approval for filgotinib in the RA indication. Meanwhile, competitors like Abbvie’s JAK1 inhibitor for RA, Rinvoq, are stealing the market share with sales of $149 million in the second quarter of 2020.

It is important to note that Galápagos and Gilead did receive approval for filgotinib in the EU and Japan for the RA indication. The companies have also filed for approval in the EU for filgotinib in the ulcerative colitis indication, and they are currently waiting to hear back from the health authorities. Regardless, filgotinib not receiving FDA approval in the United States represents a major missed opportunity in terms of revenue for Galápagos. On a separate note, ongoing clinical trials in the United States evaluating the efficacy and safety of filgotinib in other indications such as Crohn’s disease and ulcerative colitis remain intact. Therefore, filgotinib is not a lost cause.

While Galápagos’ income statement looks significantly worse than last year, the balance sheet is more reassuring. For example, the company still has over €2,000,000 in cash and cash equivalents, which puts it in a strong position to overcome the failure of filgotinib in the RA indication. Furthermore, the company’s current ratio is a strong 9.07, indicating that it has more than enough cash to cover its short-term debt obligations. A current ratio of one or greater is considered ideal.

Overall, Galápagos’ financials are much weaker compared to 2019; however, the company still has a significant cash balance to keep it afloat as it navigates through these difficult times.

What’s next for Galápagos?

Just as diversifying investments in the stock market mitigates risk, diversifying clinical pipelines creates a safety net should studies not go as planned. Fortunately, Galápagos has a diverse clinical pipeline to offset potential issues such as the failure of filgotinib in the RA indication. Right behind filgotinib, Galápagos has another inhibitor in phase III clinical trials for idiopathic pulmonary fibrosis, ziritaxestat. The company is expecting futility results for the phase III trial to arrive in 2021. A futility clinical trial contains a smaller subset of patients that provide a first look into the safety and efficacy of a drug. The results of this trial will provide Galápagos with the necessary information to determine if continuing with a broader phase III study is worthwhile. Additionally, in September of 2020, the company reported positive topline results for a phase II study of ziritaxestat for a different indication, systemic sclerosis.

Ziritaxestat along with the ongoing clinical trials for filgotinib in the various indications other than RA mentioned above provide Galápagos with several potential opportunities in the future.

Galápagos and Gilead missed a multibillion-dollar opportunity by failing to achieve approval for filgotinib in the RA indication from the FDA. For this reason, the stock price has fallen by a whopping 63% compared to last year. However, in my opinion, Galápagos’ stock is undervalued given all of the studies for filgotinib and idiopathic pulmonary fibrosis in process. With this information in mind, I would recommend investing in Galápagos; nevertheless, I caution investors that they should not expect returns in the near future. Creating a drug is a grueling, lengthy process with much potential for failure. Although the company has many phase III trials ongoing, it may still be several years before it receives approval for one of its inhibitors in the United States. Regardless, I do expect Galápagos’ stock price to increase from the current value of about $100 because of its diverse clinical pipeline. 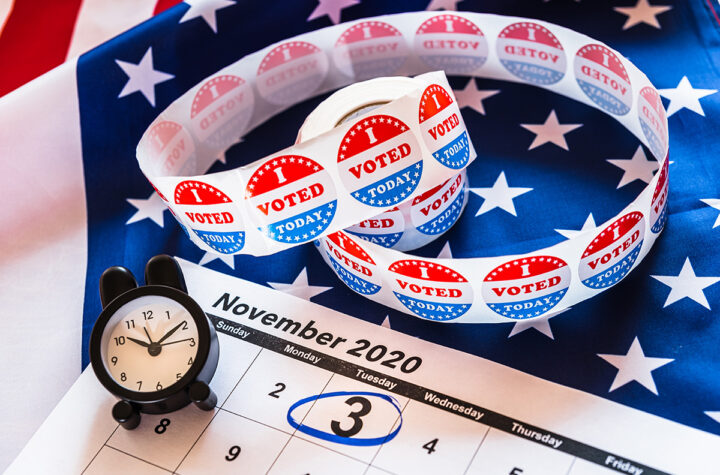 HOW TO NAVIGATE BIOTECH INVESTING DURING THE 2020 ELECTION