Although cancer is among the leading causes of death worldwide, there currently are not many good options for cancer treatment. The key is to diagnose the cancer early before the cancer begins to spread or get worse. One of those critical components to controlling cancer is precision medicine, “an emerging approach for disease treatment and prevention that takes into account individual variability in genes, environment, and lifestyle for each person”. Precision medicine will allow healthcare workers to more accurately predict if a certain treatment or prevention strategy for a particular disease would be suitable for specific groups of people. For cancer patients, precision medicine can improve diagnosis and treatment by testing DNA from the patient’s tumor. This helps the physician identify the specific mutations or other changes that caused the cancer. Using this information, the physicians can select a treatment option that matches the patient’s particular needs. Alongside precision medicine, cancer diagnostic technology is equally important. The earlier you are able to diagnose the cancer, the higher the odds you have to stop and prevent the cancer from spreading. There have been many improvements and developments in the cancer diagnostic industry recently. For example, some companies are researching liquid biopsies, using artificial technology and many others. The cancer diagnostics market is so large that it is predicted to reach $280.59 billion by 2028. Neogenomics ($NEO) is a company that utilizes the precision medicine concept for the cancer diagnostics field.

Neogenomics is an emerging diagnostics company that focuses on cancer diagnostics and pharma services. They were founded in 2002 and have since expanded to include cytogenetics, fluorescence in situ hybridization (FISH), flow cytometry, immunohistochemistry, anatomic pathology, and molecular genetics. In 2005, 3 years after they were founded, Neogenomics developed a technical only service model using FISH. FISH is a technique normally used in labs in order to detect and locate a specific DNA sequence on a chromosome. To do this, the researchers expose the chromosomes to a smaller DNA sequence called a probe that is attached to a fluorescent molecule. The probe then binds to its corresponding sequence on the chromosome. In 2005, the President was Mr. Robert Gasparini, who had extensive experience in building genetic and molecular laboratory companies. Their initial targets were oncologists, pathologists and hospitals in southern and central Florida that performed bone marrow samplings. Their total addressable market for oncology testing included the population over 55 years old and the total cancer testing market for Florida alone was $262.7 million. In the Southeast U.S, the total addressable market was $714.7 million and $3.6937 billion for the entire U.S. In 2008, they launched their first molecular division. In 2012, Neogenomics was the first to market multimethod disease specific NeoTYPE Cancer Profiles, and was also the first commercial provider of the 10-color flow cytometry. Then in 2013, the company was listed on the Nasdaq Stock Market with the ticker $NEO. In 2014, the company continued to expand and now offers molecular tests including BTK and CALR mutation analysis. In 2015, the company acquired Clarient, Inc, which was a cancer diagnostics laboratory that focused on immunohistochemistry for solid tumor cancers and in 2017, Neogenomics established their first international location in Rolle, Switzerland and opened another location in Singapore in 2019.

Recently in 2020, Neogenomics launched the suite of liquid biopsy assays and are currently opening a location in China. There is a significant increase in the number of precision oncology medicines, which is driving the need for biomarker testing. As a result, Neogenomics is expected to grow at twice the market rate.There are three growth areas in the business that are important to growing the volume of the business: next-generation sequencing, pharma division, and the informatics division. The next-generation sequencing is currently over 15% of the clinical revenue, and is increasing to over 25%. The pharma division grew 30% in 2020, and is increasing to over 20% of the company’s revenue. Recently founded, the informatics division was formed in 2021 and is the fastest growing part of Neogenomics. According to the company’s balance sheet, Neogenomics’ total current assets is $1.494 billion, with $444 million in revenue for the fiscal year 2020. In 2020, their revenue grew by 9% with a core clinical test volume of 976,069 tests. Over 435,000 unique patients were tested and 85% of the revenue mix was clinical services. From 2011-2020, the company’s revenue grew annually by 28% and increased in test volume by 33%.

In the future, Neogenomics’ next step is the acquisition of Inivata, a leader in liquid biopsy. In May 2020, Neogenomics made a $25 million minority equity investment for Invita, and was then given the opportunity to purchase the remainder of Inivata for $390 million. Inivata will remain as a separate business and develop alongside Neogenomics. The current CEO of Inivata, Clive Morris, will become the President of Inivata and will report to Mark Mallon, the CEO of Neogenomics. The main focus of this acquisition is around RaDaR, the highly sensitive personalized assay for the detection of residual disease and recurrence (MRD). MRD is a small number of cancer cells left in the body after treatment. It is important to detect the MRD because the cells have potential to come back and cause relapse in the patients. Data showed that RaDaR demonstrated a 100% specificity and sensitivity in detecting MRD in patient cohorts with head and neck cancer and early-stage breast cancer. The real clinical need for MRD across cancer types creates over a $15 billion opportunity. In February 2021, the RaDaR assay was granted the Breakthrough Device Designation by the U.S FDA. Their plan for 2022 is to begin commercialization in the clinical market and explore global commercialization opportunities. And by 2023/2024, Inivata is expected to be a significant component of revenues.

Neogenomics is well positioned to continue growing in the companion diagnostics market. Companion diagnostics are the part of precision medicine that is behind future successes of oncology, with large growth by 2026. Specifically for precision medicine, the market is valued at approximately $53.450 billion in 2020 and is expected to reach about $98.550 billion by 2026. Precision medicine can be applied in a wide variety of areas, and not just cancer. For example, researchers are even using precision medicine for advancements in COVID-19 diagnostics. Cleveland Clinic has created the genomic medicine project to identify genetic factors that cause some people to be more susceptible to the COVID-19 virus than others. In the past few years alone, the number of new gene therapies, diagnostics and medicines that are being developed and introduced to the market are rising due to the high number of rare and deadly diseases. Specifically for oncology therapies, the number of precision oncology medicines has increased from 17 in 2007 to 70 in 2019. Therefore, it is extremely important to continue watching the diagnostic industry and they’re developments and improvements.

As of today, June 15th 2021, the share price of Neogenomics is $43.73. The company is only at the beginning of its growth, increasingly expanding, and about to open additional branches throughout the world. With a blossoming cancer diagnostics market, Neogenomics can expect to see large growth in revenue. For example, the current cancer diagnostics market is valued at approximately $53 billion. Earning only 10% of that would be almost $6 billion in revenue. Ten percent of the projected cancer diagnostics market in 2026 is already close to $10 billion. There is a lot of growth potential in Neogenomics, since they grew by 28% annually from 2011-2020 alone. In addition, the current market size of the diagnostics and research industry is approximately $147.98 billion. Neogenomics holds about $5.13 billion of the market, which represents a market share of approximately 3%. In comparison to other similar companies such as Dexcom ($DXCM) and Emmaus Life Sciences ($EMMA), Neogenomics is rated below average for this market share. This shows how much growth potential there is for Neogenomics. If the company continues to grow as projected, they will soon be able to hold a much larger percentage of the diagnostics and research industry, continuing to increase their revenue. As a result, this seems to be an undervalued stock that could be set to soar. 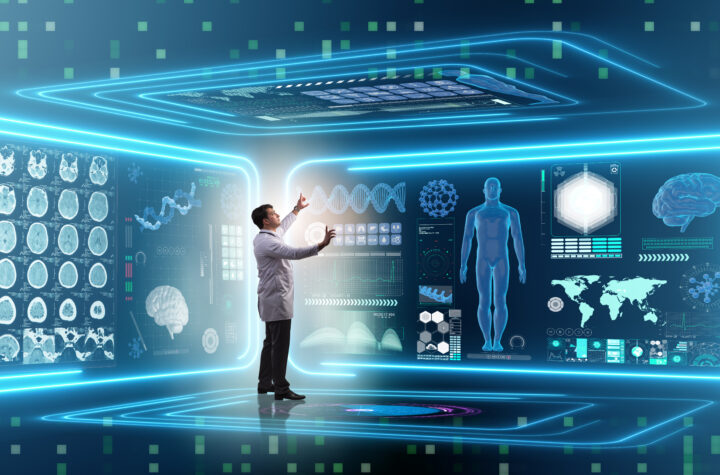 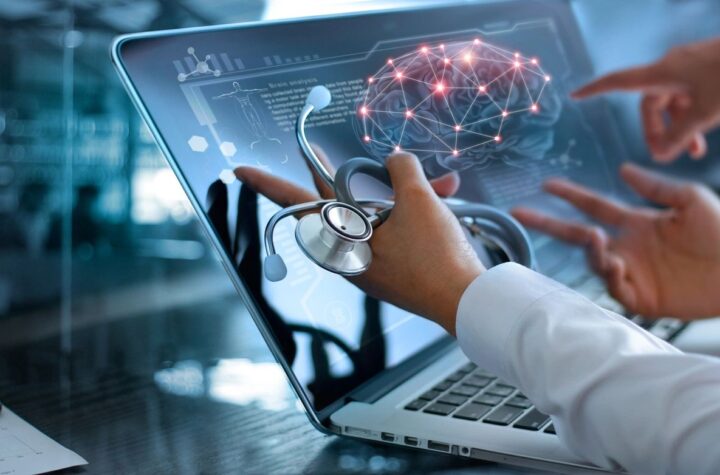 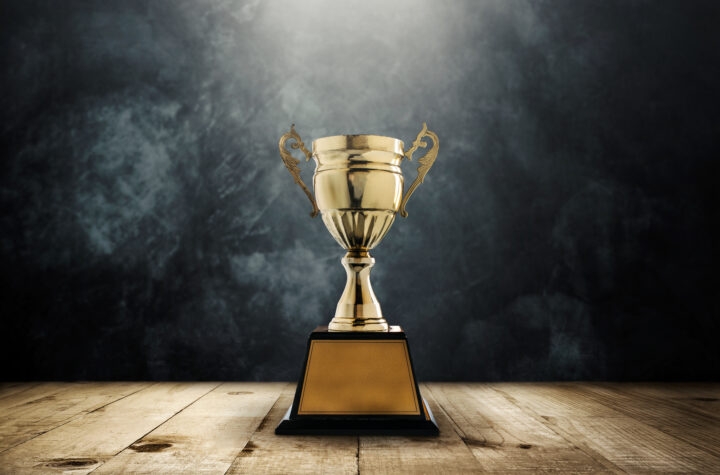