Now that you have a solid understanding of why healthcare companies are great dividend payers, and you have reviewed some of the critical vocabulary, you are ready to get down to business. Like a kid in a candy store, there are many sweet deals to choose from, in all flavors and textures. But resist the urge to pig out!  A portfolio of just three or four Big Pharma stocks will give you a lean and mean cash flow machine.

You might still feel some residual fear at the thought of choosing the right ones. If that is the case, here is an encouraging thought. You know how many major pharmaceutical companies went bankrupt during the Financial Crisis of 2008?

It’s not impossible that a pharma giant could reduce its dividend temporarily during episodes of extreme stress, but this occurrence is more rare than a snowflake in May. Outright bankruptcy is unheard of.  So invest with confidence! As long as you stick with major pharmaceutical companies, those with a market capitalization of $75 billion or more, it’s very likely you will be choosing between “good” and “great.”

Here are three tactics to capture as much “great” as possible.

I START WITH ME

If you are over 40, or you know someone over 40, it’s very likely that you already have a relationship with Big Pharma.  Millions of Americans swallow billions of pills per day, and yet they rarely take the time to learn about what is going into their body, or who is selling it to them.  It’s your body; you might as well study up about who you are doing business with.

If you have high blood sugar, scour the internet for articles about the latest advances in diabetes. If you have high cholesterol, your computer will almost explode information about pharmaceutical companies trying to get your business.  If you, or someone you love, have suffered from something even more serious, like cancer, then you have every incentive in the world to learn as much as possible about all the pharmaceutical players in the oncology market. You don’t have to become an expert in everything!! If you become an expert in just a few of the maladies that trouble you and your family, obvious pharmaceutical plays will start to jump out at you.

Who doesn’t love French champagne, or Belgian chocolate?  No one minds taking a mercedes for a test drive when visiting Germany. But did you know that these countries also produce pharmaceutical giants that churn out dividends with the ordered precision of the finest Swiss watch?

Anyone who knows my viewpoints might be surprised. I rarely recommend European stocks. But this is a bit of an exception, for one counterintuitive reason: there is no such thing as a European Pharmaceutical company.

Although most major European countries host at least one giant pharmaceutical company, these companies exist almost exclusively to sell medicine in the United States.  As has been pointed out in the raging healthcare debate in our country, we pay much more for drugs than the Europeans, the Japanese or anyone else. For better or for worse, the United States is the epicenter of the world’s pharmaceutical market. Companies that grew up in Europe over the decades have a substantial, entrenched presence on our shores, and our influence is obvious.  The story is similar with Japanese companies.

That being said, culture is culture, and certain European and Japanese cultural tendencies favor dividend investors. There are two major ways that an investor can realize cash flow from ownership of a stock. The first way is dividends. As we explored in the previous chapter of this post, these are cash payments that flow from a company’s profits on a regular basis. The second way that an investor could realize cash flow from stock ownership is through price appreciation. If your stock price goes up an average of 10% a year, and you cash out 5% yearly, then you could recreate a dividend like cash flow, no matter how much cash flow a company chooses to pay out or not. Often a company with excess cash flow will choose to use that cash to repurchase its own shares on the open market. The idea is that a lower supply of shares will lead to higher share prices.

During the last twenty years or so, American CEOs have shown a marked preference towards share buybacks, while European managers have consistently opted for dividend payments. There are two reasons for this.

The first reason is that, believe it or not, many European behemoths are still controlled by original founding families. Even though a company may have a market capitalization of 75 or 100 billion dollars, they are often still controlled by as many as twenty or thirty descendents of the company’s founder.  They control the company through a web of formal and informal agreements where the exact percentage of shares owned by family members are of critical importance. Therefore, these founding families would be loath to sell shares to realize cash flow to pay for their substantial lifestyles. Instead, they depend on the regular dividends that flow from their ownership. You can do exactly the same if you partner with them.

The other reason why European companies tend to favor dividends over share buybacks is simply cultural. American business worships risk taking visionaries such as Steve Jobs. “Pedal to the Metal” is just how we roll in the USA.  Europeans tend to be more marathon runners; they carefully plot out each move with patience and prudence. These are very good attributes for a dividend payer.

As I mentioned before, in my opinion, most major pharmaceutical companies are great long term investments. But I don’t want just good for you…I want great.

So here is the secret. There is an old adage that goes, “You don’t make money when you sell, you make money when you buy.”   What this means is that the investment returns you reap over time are directly related to the price you pay up front. Some deals are much better than others.

Easy to say, harder to do!  Or not? This will require some patience and work on your part, but if you follow this easy three step process, you will find some diamonds in the rough.

1) Start with the high payers.  This might seem obvious, but a lot of advisors will tell you to stay away from the highest dividend payers in the business. Why?  Because one way to have a high dividend yield is to have a share price that has fallen. I will explain.

Let’s say that your share price is $10, and your company pays a $.40 dividend. That means that you currently earn a 4% yield. But let’s say you have a major clinical trial that fails, and some influential analysts write a nasty note about you, and your share price declines to just $8.  All of the sudden your stock yields 5%. Great news! Your stock has a high yield. Bad News! That’s because the share price crashed. Don’t worry, that is what step #2 is for. Just start by going down a list of European pharmaceutical stocks and writing down their current dividend yield next to each one. Then take the top four highest yields and put them on the top of your list. I will provide you a list of European pharmaceutical stocks at the end of this post.

2) Check the cash flow and payout ratio. A lot of advisors and analysts fear that stocks with too high a dividend yield won’t be able to SUSTAIN that yield. Remember, a dividend is optional. So, a stock with a 5.5% yield does you no good if the company must cut the yield in the next quarter.

No fear! Time to use that wonderful investing vocabulary that you learned in the last post. Look at your list of 4 highest yielding stocks and check the PAYOUT RATIO.  This number is often expressed as a percentage, and can be found through simple research on Etrade or whatever brokerage you use. If the ratio is above 70%, cross the name off your list. If it’s above 50%, mark it as a “maybe.”  Optimal is a payout ratio of 50% or below.

The goal is to find shares that have been beaten up for no good reason, and buy those shares.  Sometimes share prices get marked down because of fears about “future” cash flows, which could mean years away. History shows that many of these fears never materialize! Or simply, “sentiment” is against the company, which just means that the company has gone out of style like bell bottoms in 1984.  Things that have gone out of style usually come back sooner or later as long as there is nothing fundamentally wrong with them.

3) Read up. By now you should have three, two, or even one name left on your list. Now you just need to determine exactly how fundamental the company’s problems are. You don’t have to be an MD or an MBA to determine this!   Just read up. Read at least three different analysts’ opinions. Read everything under the “Investors” tab on the website. If they have had problems, do they have more irons in the fire? If they have “pipeline problems,” are the current revenues really in danger, or are expected problems still years away?   If they have been sued, or are currently suffering some negative publicity, how fundamental is this media hoopla to the company’s underlying business prospects? Most importantly, how are the fundamental demographics in the patient populations that the company is targeting? For example, if they are doing anything related to cancer, then they may have tremendous growth prospects. A future where retirees routinely live to 85 or 90 is a future with a lot of cancer. A company currently facing challenges may simply have demographics on their side….

You can find the good deals. But you need some patience, some determination, and yes, a bit of risk taking mojo. The reward is “magic money” that shows up in your email while you are sleeping.  Talk about sweet dreams!

Read Part I:  How to Earn Sick Income Investing in Dividend Stocks>

European and Japanese Big Pharma Stocks to be Researched;

4 SMALL CAP BIOTECH STOCKS THAT COULD DOUBLE IN 2019 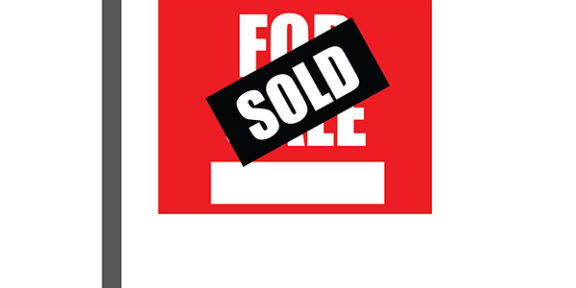 3 SIGNS THAT YOUR BIOTECH IS ABOUT TO BE ACQUIRED 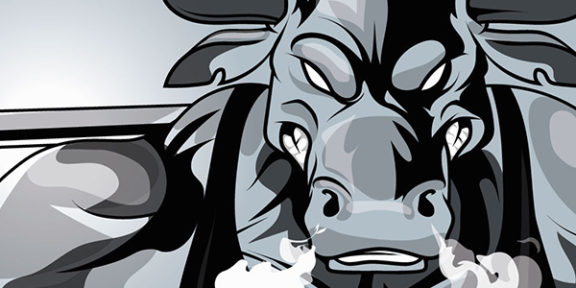 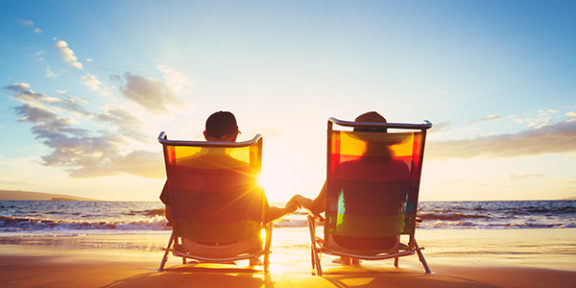 Peace of mind doesn’t have a price. If you are close to retirement, or in retirement, you need solid… 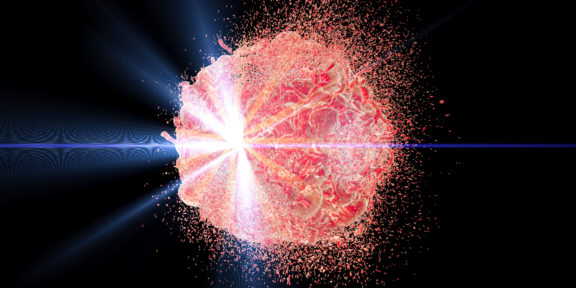 90 Day Update:  Since our original profile, Sensus Healthcare, Inc ($SRTS) has only looked better and… 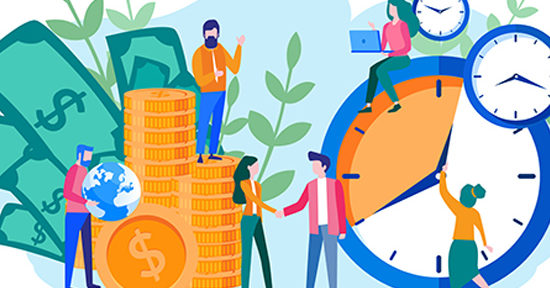 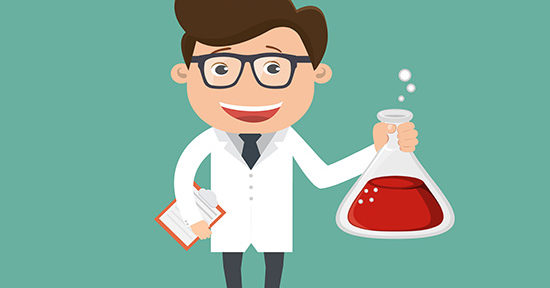 GETTING THE MESSAGE ABOUT mRNA: AN INTERVIEW WITH DR. BRAD J. SCHMIER

Brad J. Schmier earned his PhD in biochemistry and molecular biology from the University of Miami specializing… 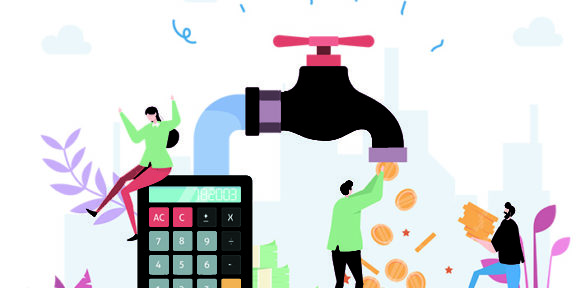 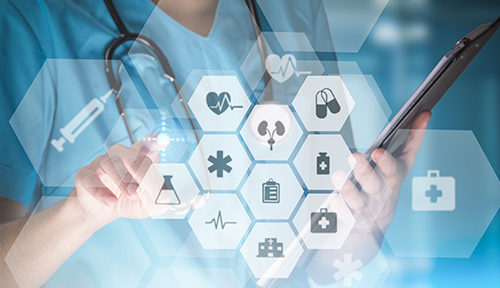 Every investor wishes he had a crystal ball.  Many talking heads on CNBC get paid big money to pretend… 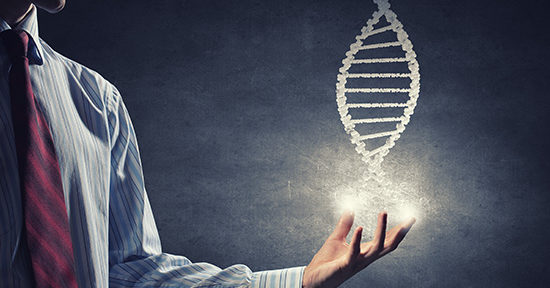 THE NEXT BIG THING? 3 mRNA BIOTECH STOCKS WITH MASSIVE POTENTIAL

Every once in a while, one key understanding pushes biology forward at warp speed. Many believe that…