In my previous article I discussed how stocks of small biotech companies are greatly influenced by value inflecting catalysts during the drug development process. I mentioned four notable upcoming catalysts; and in this article I highlight four more, similar catalysts that will occur in 2019.

Guest Post By Phil Kobierowski, an investor and consultant who focuses on the biotech industry.

As explained in the previous article, I expect most drugs being developed by small biotech companies to fail, and that was clearly seen in two of those four catalysts: Glycomimedics, Inc and Intec Pharma, and the share prices of their stocks dropped 50% and 80% respectively. Glycomimedics and their partner Pfizer (who conducted the trial) provided no data or explanation, only that they failed their trial in sickle cell disease.  Whereas Intec gave investors an explanation of the data and a detailed conference call from their Parkinson’s disease trial and that has the benefit of allowing investors to assess other assets in their pipeline that may be based on the same drug development platform.

The third catalyst I wrote about Marker Therapeutics, provided data from their trial in pancreatic cancer that seemed too early in the trial to give the market a clear opinion on their drug’s effectiveness.  Without a clear victory, Marker’s stock, which ran up from $5.50 to over $9 in the month preceding the data, fell back to where it was before this run-up. And as of this time of writing, we are still awaiting the results of the fourth catalyst: Neurotrope Bioscience’s phase 2 clinical trial in advanced Alzheimer’s disease due by the end of September.

Below I discuss four more catalysts, each also from small companies (under $500 million market capitalization) with catalysts that will occur by the end of 2019. Each is from a small company taking on a disproportionately large medical need and will also likely result in a significant effect on their shareprice.

Glucagon is a life-saving injection for diabetics experiencing hypoglycemia. However, the fact that glucagon is not stable at room temperature requires it to be reconstituted from a powder to a liquid before injecting.  This step makes the use of existing emergency glucagon kits a complicated process for patients or their loved ones in the midst of a frantic, life-threatening emergency. Xeris has created a room-temperature stable glucagon and they are seeking FDA approval to market it in an auto-injector named ‘Gvoke’ that’s as quick and simple to use as an EpiPen.

After the FDA announced a 3-month review delay of the Gvoke approval decision, it is re-scheduled for September 10, 2019.  Medical guidelines already require all insulin-dependent individuals to have constant access to emergency glucagon kits (see Recommendation 6.10) but the aforementioned complication of the current kits have hindered compliance and thusly, sales of these kits.  An approval for Xeris could change all that.

Ritter’s Liberatus phase 3 trial for lactose intolerance completed its enrollment March 5, 2019 which should allow plenty of time for the company to meet its guidance of providing data “early fourth quarter”.  There are currently no FDA approved therapies for lactose intolerance, only OTC medications which need to be ingested in advance of each consumption of a dairy product.

Ritter’s RP-G28 promises to change one’s gut microbiome so that after 30-days of drinking their treatment one’s gut might have what it needs to produce sufficient lactase (enzyme needed to digest lactose) to prevent lactose intolerance on an ongoing basis.  NCT03597516

In January 2013, Celsion announced that ThermoDox (its heat activated doxorubicin prodrug) failed the pivotal phase 3 HEAT trial that assessed if heat from radio frequency ablation treatments could sufficiently activate previously infused Thermodox in primary liver cancer patients.  Six years later, with little improvements made elsewhere in treating liver cancer, Celsion is concluding a second Thermodox trial (OPTIMA) with a tighter trial protocol that only allows patients with a single liver lesion and sets a 45 minute requirement on the amount of ablation so as to sufficiently activate ThermoDox at the tumor site.  The subgroup of patients in the initial HEAT trial that matched the OPTIMA trial criterion performed well, extending their median survival by two years vs placebo. Interestingly the National Institute of Health (NIH) conducted an independent study of Celsion’s HEAT trial that supports the new criteria of the OPTIMA trial.

The first of two interim analyses of the OPTIMA trial will be conducted in October to confirm that the trial is progressing properly and should be continued.  And although typically non-events, every interim analysis is highly anticipated because each carries the slim possibility of yielding a recommendation to stop the trial early for excessive efficacy (success) or futility (failure).  According to the company, the trial can declare early success in October if the interim analysis yields a hazard ratio of .63; which is a measure of efficacy that nearly matches how the matching subgroup of patients from the earlier HEAT trial performed. Celsion’s share price had a dramatic climb then descent due to the HEAT trial in 2013, we’ll see if it happens again for the sequel.  NCT02112656

Over the past year, Acasti competitor Amarin Corp (AMRN) has had huge success in developing and selling Vascepa, a fish-oil derived omega-3 pill, taking Amarin to an $6 billion market cap.  Amarin has proven that Vascepa not only reduces high triglycerides but (importantly) reduces the actual number of cardiac events in its a recently completed long term outcomes trial.  Comparably tiny Acasti argues that its krill oil-derived formula: CaPre, might be the best-in-class treatment as it promises the trifecta effect of not only reducing high triglycerides like Vascepa, but also lowering LDL (bad cholesterol) and raising HDL (good cholesterol).

Although Acasti won’t have a long-term outcomes trial completed like Amarin, successful read-outs from two phase 3 trials (TRILOGY-1 in December, followed by TRILOGY-2 in January 2020) could also demonstrate significant triglyceride lowering. If successful, the trials would give Acasti a nice boost and ride Amarin’s coattails.  NCT03398005

This article is not investment advice, it is for entertainment purposes only. Information is to the best of my knowledge, nothing herein is warranted or implied to be accurate or complete. I may own, short sell, or trade shares of any stocks mentioned anytime. 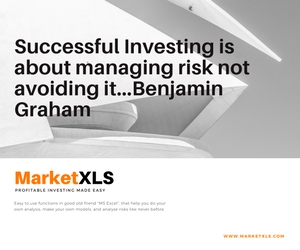 1 thought on “BIOTECH CATALYSTS IN THE SECOND HALF OF 2019: 8 SMALL COMPANIES WITH BIG POTENTIAL”