Recently, hot companies like Moderna Inc, have rocked the Nasdaq. The promise of new vaccine technology has dominated the Media while causing share prices to explode higher. The technology that is gaining all of the attention is Messenger RNA. What is this new technology? How could it be applied to treat disease? Most importantly, how can an investor catch a ride on this rocket ship?

Messenger ribonucleic acid (mRNA) is currently a popular topic in the biotech space. mRNA is a single strand molecule that delivers messages from our DNA to create necessary proteins. mRNA is the step in gene expression between DNA and the protein production centers of the cells. Scientists believe they can manufacture missing proteins that cause conditions such as cancer, cystic fibrosis, and a host of others. Such mRNA therapeutics, however, are relatively untested with no currently approved vaccines. Scientists contend that mRNA based vaccines have the advantage of being produced rapidly compared to other types of vaccines, such as weakened viruses and proteins. This advantage is particularly essential for times of emergency, such as the ongoing pandemic. Clinical batches of the mRNA vaccines can be produced after the availability of a sequence encoding the immunogen. mRNA dedicated production facilities are also expected to have the potential to produce vaccines with multiple targets, requiring minimal adaptation to processes and formulation.

mRNA molecules are simple chains of nucleotides that encode proteins when delivered to the cell. The mRNA molecule sets up a temporary protein manufacturing center outside a cell’s nucleus then attaches to ribosomes. The manufacturing center translates its sequence into a protein and degrades. Thus the patients’ cells effectively become drug manufacturers, as the translational apparatus of the host cell creates a sufficient amount of the encoded immunogen. mRNA vaccines are only one approach of using RNA that biotech companies are beginning to use to combat diseases. Other potential RNA therapies include RNAi, in which mRNA is interfered with to stop a targeted genetic expression, and saRNA, in which gene expression becomes increased rather than decreased, as it is in RNAi.

Why is mRNA important?

There are numerous potential treatments using mRNA for various conditions, but the technology is currently being used as one of the many types of vaccine technology intended to halt the Covid-19 pandemic. This is partially a consequence of mRNA’s advantage of being able to be produced quickly. The two most advanced Covid-19 mRNA-based vaccine programs are those of U.S. mRNA giant Moderna (MRNA) and China’s CanSino (See Correction in Comments) Moderna completed enrollment for its Phase II trials in mid-June for the mRNA Covid-19 vaccine. The firm expects to begin Phase III studies on July 27, and CanSino’s viral vector therapy is also in the process of preparing for Phase III trials to begin by the fall. CanSino’s vaccine is being developed in a partnership with Precision NanoSystems, with Precision NanoSystems having designed the vaccine and CanSino being responsible for preclinical and clinical development, in addition to regulatory activities and commercialization. CanSino was the first firm to publish the results for its full human study of the Covid-19 mRNA vaccine, and Moderna recently released data regarding previous trials, portraying that the vaccines can effectively produce antibodies in patients.

Another competitor, BioNTech, along with its partner Pfizer, may have been able to get ahead of Moderna, as Moderna was required to oblige the government in making changes to its protocol for the final stage development. Furthermore, the FDA granted two of the partners’ four vaccines the fast track label after initial U.S. clinical trial results showed patients who received 10 and 30 micrograms of the mRNA vaccine candidate generated antibodies that were 1.8 and 2.8 times higher than an average group of patients with confirmed infections. The partners announced that phase II(b) and III trial could begin as soon as this month.

Lastly, AstraZeneca, in a licensing partnership with Oxford University, is also performing ongoing clinical trials with its mRNA Covid-19 vaccine, currently in phase II/III trials. (See Correction in Comments) Trials from phase I have shown that AstraZeneca’s vaccine successfully produced both antibodies and killer T cells in healthy patients, with T-cells having the ability to remain active for years, where antibodies may wane after some months.

mRNA molecules, according to the CEO of Ziphius Therapeutics, Chris Cardon, are more effective at activating the immune system compared to DNA molecules used in gene therapies. Moreover, Time Weist, the spokesperson for eTheRNA, contends that mRNA vaccines can be better at accessing cells compared to DNA, which makes it potentially safer than delivering foreign DNA to the patient. Consequently, mRNA vaccines may be able to treat various conditions that DNA is unable to, as DNA integrates unpredictably. While DNA vaccines are also being developed to alleviate the Covid-19 pandemic by firms like Inovio Pharmaceuticals, mRNA is expected to be more effective at getting the body to formulate antibodies and inducing potent immunity.

Moderna and other companies, such as the substantially smaller Translate Bio (TBIO) are also in the process of developing mRNA therapies for other conditions in addition to the Covid-19 vaccine. Moderna is currently developing mRNA treatments for cardiovascular complications and cancer, in addition to various rare diseases. Moderna has placed a great deal of focus on mRNA since its inception, which was based solely on the potential of mRNA treatments. Translate Bio has a concentration on treating cystic fibrosis. On the other hand, firms like Alnylam Pharmaceuticals and Ionis Pharmaceuticals are producing treatments that utilize the ability to interfere with mRNA, or RNAi, to constrain gene expressions, rather than commencing or altering it.

The pandemic has provided a significant opportunity for mRNA therapies to portray their potential to be successful despite never being produced before the pandemic. The therapies have the benefit of streamlined approval processes and extensive interest by investors and the biotech industry as a whole.

The Future of mRNA and Potential Risks

Despite the interest, opportunity, and limited regulations in the development of mRNA therapies, there will still be difficulties in successfully developing vaccines. The average vaccine has about a 6% chance of entering the market beginning from the  preclinical stage. Each of the coronavirus vaccines mentioned expects to perform Phase III trials soon, giving them an approximately 58.1% chance of entering the market, based on overall clinical treatment data from 2006-2015. However, the current circumstances are unusual, and the likelihood of an mRNA treatment for Covid-19 reaching the market is indefinite. Moderna’s CEO believes that the firm’s vaccine has an 80 to 90% chance of FDA approval. Yet even if approved, the vaccine must be effective at combatting several coronavirus strains that cause Covid-19.

The U.S. government is aiding in enhancing the manufacturing capabilities of vaccine programs by providing billions of dollars to multiple programs through Operation Warp Speed. Large-scale production of a vaccine could begin by summer’s end. Even Tesla, the car and battery manufacturer, plans to build a mobile RNA micro-factory for CureVac’s Covid-19 vaccine, portraying the interest and urgency in producing vaccines in abundance.

The numerous developers of the vaccines will be faced with considerable competition as they begin to enter the market. Ultimately, this competition will pose the risk of significant losses for any investor in firms that are denied FDA approval or lack effective commercialization. Still, the current circumstances pose outstanding potential for future mRNA therapies if a successful Covid-19 mRNA vaccine reaches the market. The success of the mRNA vaccine will result in the success of rising mRNA therapy producers like Moderna.

3 thoughts on “WHAT IS mRNA, AND WHY DOES IT MATTER TO BIOTECH INVESTORS?” 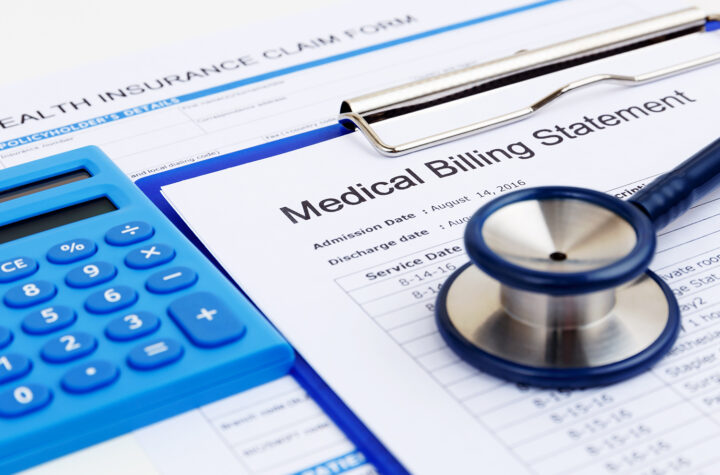 TRANSPARENCY IN HEALTHCARE PRICING: WHAT YOU NEED TO KNOW IN 2021 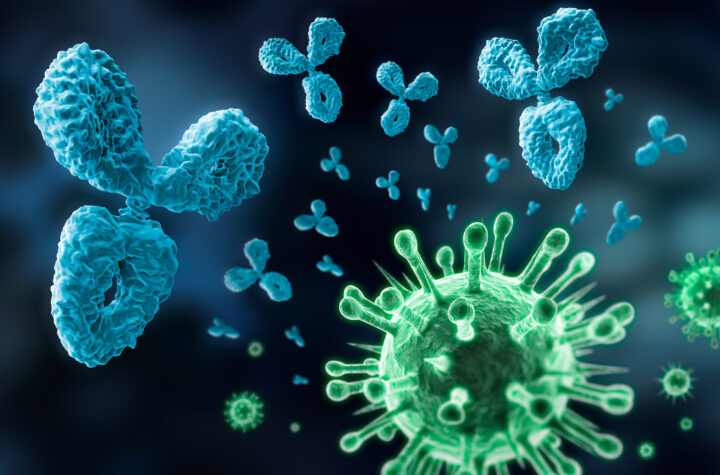 WHAT ARE MONOCLONAL ANTIBODIES, AND WHY DO THEY MATTER TO A BIOTECH INVESTOR? 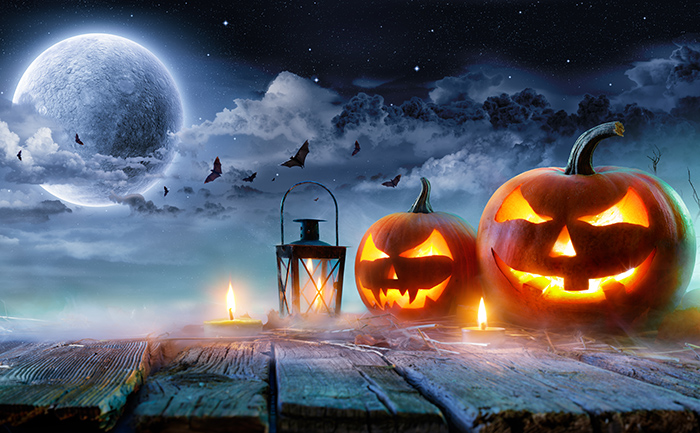