Alzheimer’s is a degenerative brain disease that accounts for 60-80% of all dementia cases. The disease slowly moves through the brain, progressively deteriorating memories and cognitive abilities over time. Alzheimer’s disease is the sixth-leading cause of death in the United States and only one of the six to have no cure, at least not yet. Biogen’s ($BIIB) Alzheimer’s drug aducanumab is the first drug that attempts to cure Alzheimer’s disease. However, the drug has faced a lot of backlash with the FDA advisory committee voting overwhelmingly against aducanumab. The drug is in its final stages and will have its fate determined by June 7th, for the drug’s long-awaited approval decision. If Biogen’s drug is not approved by the FDA shareholders will rethink their investment and the stock will surely be negatively affected. Investors looking to invest in a company with a potentially lucrative Alzheimer’s cure should look at Cassava Sciences, Annovis Bio, and Alector.

Cassava Sciences is a clinical-stage biopharma company focused on developing neuroscience-related drugs. Cassava Sciences broke out into the scene in February when the company reported its six month data for its Alzheimer’s drug simufilam. This study of simufilam found 3.3 points over placebo, which is a strong indicator it could be an effective treatment for Alzheimer’s disease. This was a similar result to an already FDA-approved drug for Alzheimer’s,  Aricept. However, Aricept has diminishing returns after 6 months, while simufilam is showing signs it may still be effective after 6 months. With this news, the stock skyrocketed to over $100 per share. Since then the stock has slowly dropped all the way down to prices as low as $32 per share in April. However, the company is now on the verge of releasing their 9-month data, which comes out in July and will expand upon their last study. With this news, the stock has rallied over 70% with analysts hopeful that simufilam will be the first drug to ever show improvement at 9 months in Alzheimer’s disease. Cassava Sciences Alzheimer drug works differently than most other Alzheimer’s treatments because it seeks to reverse the effects of Alzheimer’s rather than slow them. Simufilam works by binding to misfolded filamin A in the brain of patients with Alzheimer’s disease. Over time the drug restores the misfolded protein’s shape and function, which is critical to reversing the effects of Alzheimer’s.

Cassava science could still be a good investment even if Biogen’s Alzheimer’s drug gets approval. Biogen and Cassavas drugs can be used in coordination, with aducanumab being used to slow the effects of the disease and Simufilam working to reverse the effects. Remi Barbier, chief executive of Cassava Sciences, said that “a win for Biogen stock could propel others working on Alzheimer’s drugs.” He continued by saying that, “Everyone needs to show investors that, yes, it’s possible to get approval in Alzheimer’s disease. And so, a Biogen approval is a win for the entire industry.” Stocks like Cassava Sciences are very volatile because no modern drug has been approved for Alzheimer’s treatment. This leads investors to invest heavily in good news, but also sell just as quickly if they don’t see immediate results. Barbier hopes that if there is evidence of the FDA approval of an Alzheimer’s drug, investors will flock to other Alzheimer treatments that can share in the $13.57 billion by 2027 Alzheimers market. Investors should look for positive news in the 9 months reports this July and then an announcement of a future phase 3 trial for Simufilam. Cassava Sciences, like many other biotech stocks, is a very volatile stock. However, with positive 9-month reports and the possibility of a phase 3 trial, the company has a lot of room to grow.

Annovis Bio is a biotech company developing drugs to help with Alzheimer’s, Parkinson’s diseases, and other neurodegenerative diseases. Recently the company announced positive phase 2 data for its drug ANVS401. Preliminary data from the Phase II study of ANVS401 showed significant cognitive improvements in patients with Alzheimer’s with only a month of treatment. The study involved patients with both mild and more severe cases of Alzheimer’s disease. After about a month, patients showed a 4.4-point improvement in cognition compared to baseline and a 3.3-point, which is a significant improvement over its competitors.  In contrast, data from the Biogen clinical trial of aducanumab claimed to improve cognitive ability by 1.4 points over 18 months. Annovis Bio’s other competitor, Cassava reported a 1.6-point improvement in cognitive ability over six months. With this news, Annovis Bio more than doubled to close at $60 from the previous close of $26.40. Annovis’ drug posiphen utilized a different method of action than the previous Alzheimer’s drug. The drug does not clear plaques or flood receptors, but rather instead inhibits the amyloid-β precursor protein’s mRNA from translating toxic amyloid-β peptides. In layman’s terms, the posiphen shows promising signs of lowering Amyloid Precursor Proteins and toxic amyloid-β peptides which are present in people suffering from Alzheimer’s disease.

Annovis Bio drug posiphen isn’t just limited to treating Alzheimer’s, the drug also looks promising in Parkinson’s disease, Down syndrome, and stroke recovery. The drug is especially interesting in stroke recovery because both posiphen and its chemical mirror phenserine have been shown to be beneficial. The company is expected to give further information from the phase 2 trial around July or August. This data should help the company determine an effective dose for the drug and then will be presented to the FDA for approval of a Phase 3 trial by the end of 2021.

Even with things going well, the drug is still very far away from getting to the market without a fast track from the FDA, which seems unlikely. Biogen’s drug, aducanumab finished its phase 2 trial in 2018 and took all the way until now to enter the final FDA approval stage. Annovis Bio could see its star Alzheimer’s drug approved around 2024 with its current trajectory, which would make this stock a long-term hold. Annovis Bio much like Cassava should be very volatile as biotech stocks can be very unpredictable. However, Annovis’ early data is very compelling, and if the company can further prove the drug’s proof of concept the company could become the frontrunner in the race to find an effective treatment for Alzheimer’s.

Alector is a company headquartered in San Francisco, has a variety of potential neurological treatments in its pipeline. The most interesting candidate is AL002, which is Alzheimer’s treatment in phase 2 of its clinical trial.  Unlike its competitors in Cassava and Annovis, Alector is looking to expand on traditional Alzheimer treatments, rather than test new unproven methods. Alectors drug AL002 is a monoclonal antibody much like Biogen’s aducanumab. However, the company using a slightly different approach than Biogen’s drug. Unlike aducanumab, AL002 does not bind to amyloid plaques, rather the drug works by assisting the triggering receptor expressed on myeloid cells and TREM-2 proteins in the brain.  This is important because one of the key indications of Alzheimer’s is a decline in TREM-2 proteins. If the drug is able to increase TREM-2 protein activity in the brain, this may stimulate the brain’s immune system to attack pathologies in the brain associate with Alzheimer’s disease. Researchers still have very little understanding of what exactly causes neurodegenerative diseases. Alector’s hypothesis is that the immune system is what causes neurodegeneration in patients with disorders such as Alzheimer’s. The company is a pioneer in this immuno-neurology therapy and if its hypothesis is correct, this will be big not only for Alzheimer’s disease but all neurodegenerative diseases.

Alector will give an update to investors this summer on its phase 2 trial of AL002. If the phase 2 trial boasts successful results this could put Alector on the main stage alongside the other big Biotech names. Moving forward into the future, the company is set up very well with its collaboration with biotech giant AbbVie. Alector agreed to a collaboration with AbbVie in 2017 to co-develop and produce therapeutics to treat Alzheimer’s and other neurodegenerative diseases. One potential downside to the company is its similarity to Biogen’s controversial drug aducanumab. If Biogen’s blockbuster Alzheimer’s drug is not approved, investors may be wary to invest in Alector which utilizes the same traditional methods. However, in the case that these new companies such as Cassava and Annovis cant produce results in their clinical trials, the company acts as a great hedge against unproven Alzheimer’s treatment. Either way, if Alector is able to produce promising phase 2 results this summer, this should certainly result in a huge boost in the stock price. Alector has a lot to prove and overcome in order to get a drug FDA approved for Alzheimer’s treatment. However, the company’s compelling immuno-neurology research should makes this a very interesting company for the years to come.

When it comes to biotech, the first drug to reach the market will usually dominate and make potentially billions. With so many promising drugs and Biogen’s fate undetermined, it is not clear who will win the race to become the first Alzheimer’s drug. With that being said, Dementia cases are predicted to triple by 2050. With Alzheimer’s being the main type of dementia, it is a strong possibility that many companies will be able to fulfill the large market demand for a treatment for the disease. With so many companies racing for an Alzheimer’s cure, the possibility of several companies figuring out an effective treatment could become a reality soon. It will be up to investors to decide which company they think will win the race. 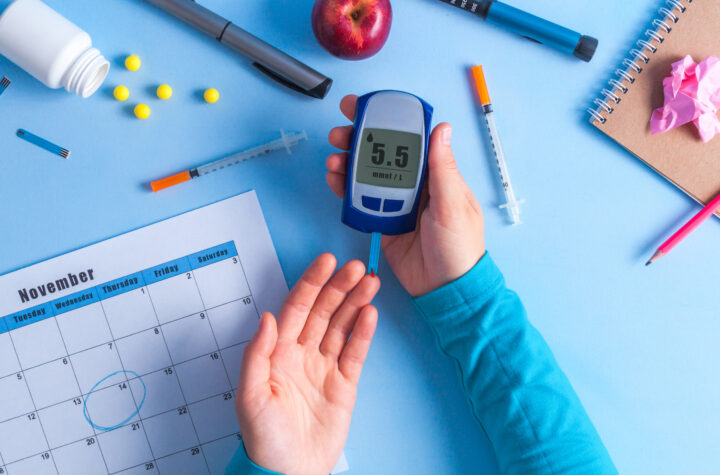 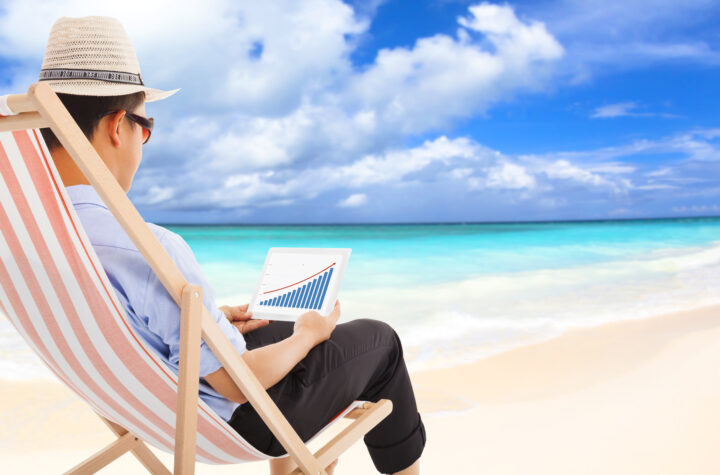 3 BIOTECH CATALYSTS FOR THE SUMMER OF ’21 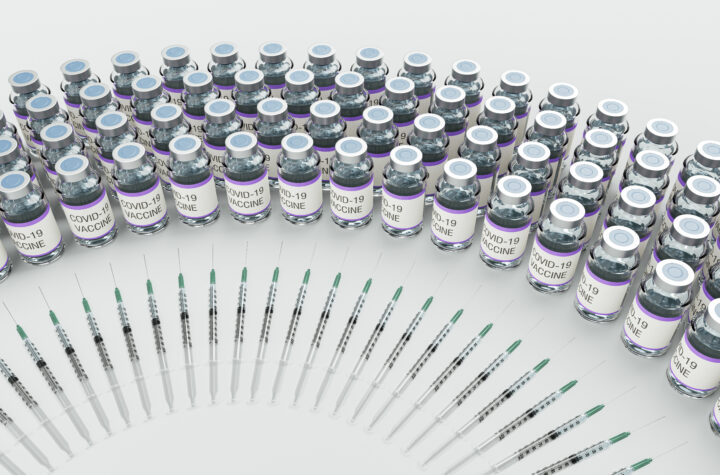 Bitcoin on the Balance Sheet Is an Accounting Headache for Tesla, Others https://www.wsj.com/articles/bitcoin-on-the-balance-sheet-is-an-accounting-headache-for-tesla-others-11623663001

According to @WSJ entry level lawyers at big firms now earning $200,000...incentives to automate will be huge.

WFH will soon be
"work from the Philippines."

This is why we do it.