Biotechnology has been consistently in the news as innovative scientific advancements have opened new pathways to targeting old maladies. Biotechs’ relentless march is ushering in an era of personalized medicine to the point of even editing genes, the building blocks of life, to permanently resolve debilitating medical conditions.

One would imagine that biotech stocks will be marching higher too, matching the promising advancements in science, particularly with the broader stock market recording new highs. However, that is not the case. The last 4 years, since the mid-2015 all-time highs, the Nasdaq Biotechnology Index has been confined to a range. The inability to breakout contrasts with those of broader indexes, like the S&P 500 and the Nasdaq Composite, which have marched higher and made multiple new highs. If a dollar was invested in 2015 in a Nasdaq Biotech ETF, it would have remained almost a dollar even in mid-July 2019.

The sideways biotech index performance can mask the selective opportunities that have existed over the past 4 years, as can be seen from the table below, and underscores the importance of stock picking as biotech investing has been selectively rewarding. 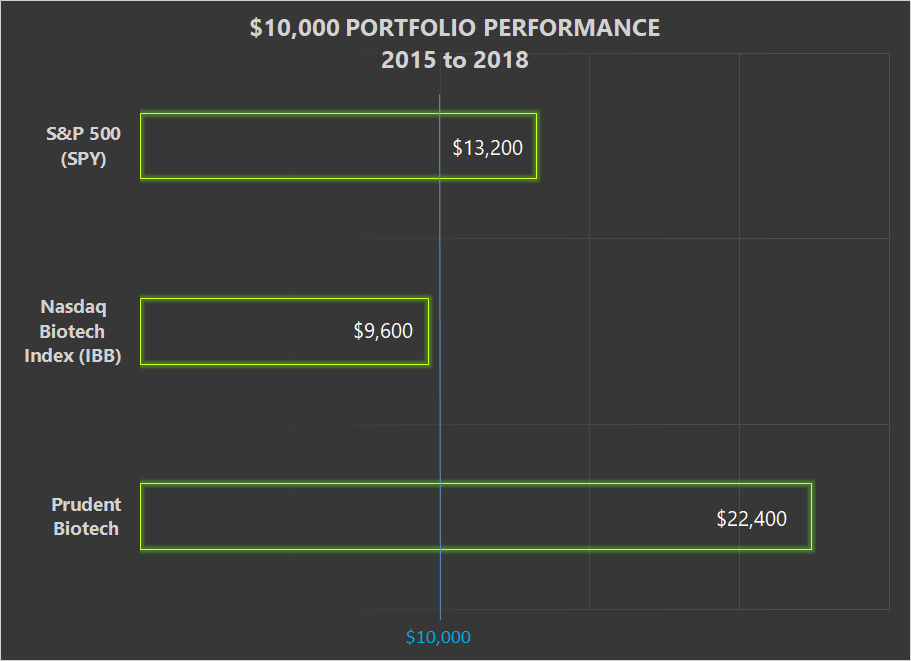 Shackles On Biotechs – The Ongoing Threat of Regulation

The biotech and pharmaceutical (biopharma) groups within healthcare have been in a valuation quagmire. There is no question about the significant promise of biotech companies. But there is a cloud of regulatory risk that overhangs the biopharma sector and has held back valuations.

Healthcare costs remain one of the topmost public concerns. The issue remains elevated in the minds of most Americans as they witness persistently rising healthcare premiums and out-of-pocket costs, at a time when wage growth has remained mediocre at best. This has resulted in several bills and proposals in Congress aiming at tweaking, patching-up, or overhauling healthcare. Some proposals require drug price controls and others allow the Center for Medicare and Medicaid Services to directly negotiate with pharmaceutical companies for discounts, instead of relying on pharmacy benefit managers. Furthermore, plans are being discussed about a single payor or universal health care system, while the Affordable Care Act or Obamacare keeps getting eroded.

While most agree that drug pricing and healthcare costs need to be managed down, any policy prescription needs to find the right balance which does not stifle the innovation that makes the US biopharma industry a leader in the discovery and creation of new compounds and treatments. Drugs are a unique product, created after assuming a very high risk of failure and spending millions over years to advance the product to a point where a prescription can finally be written and the first revenue dollar generated. Due to the rising burden of healthcare costs on the people and economy, the healthcare dynamics will inevitably have to change meaningfully to bend the trajectory of healthcare spending. And till that happens, higher regulatory oversight risk will persist.

The election time is extraordinarily difficult for biotechs for the political rhetoric around healthcare, the topic that defines campaigns, escalates into a crescendo.

This drumbeat of more healthcare regulation has imposed a cost on investors in the form of suppressed valuation for the biotech group. One way to measure the cost can be to compare biotech performance to a similarly risky segment, the small cap stocks. Typically, small cap biotechs have a higher risk/higher reward profile compared to the broader small cap stocks.

The next chart shows the performance of the two indexes over a more recent period since 2015.

Unfortunately, the regulatory threat is not going to loosen its grip on the biopharma sector and the volatility will most likely intensify as the 2020 Presidential election approaches, with healthcare a key debating point. This is the overarching risk that biotech investors will continue to face.

While the regulatory risk has remained a nagging one for a few years, a shift in monetary policy is a more recent expectation and one that is favorable for stocks.

Looking back at the most recent period when biotechs did well, it was after the Great Recession when the group climbed nearly 400% from 2010 to mid-2015. The interest rate policy was accommodative with a downward bias, as can be seen in the charts below.

Can the past foretell the future in this situation?

That’s a hard question to answer. The intervening period between the prior two recessions of 2001 and the 2008 Great Recession also shows a positive correlation between lower interest rates and higher biotech performance, even though it was not as perfect as in the charts above.

It is safe to say that a lower interest rate environment significantly raises the probability of a favorable environment for biotech performance. As the monetary environment changes, it can provide a boost to biotechs by offsetting some of the drag created by the risk of increased regulation. However, the economy should not slip into a recession from a soft patch. In a recessionary environment, stocks are punished as growth disappears, although healthcare does relatively better as it is a defensive industry. 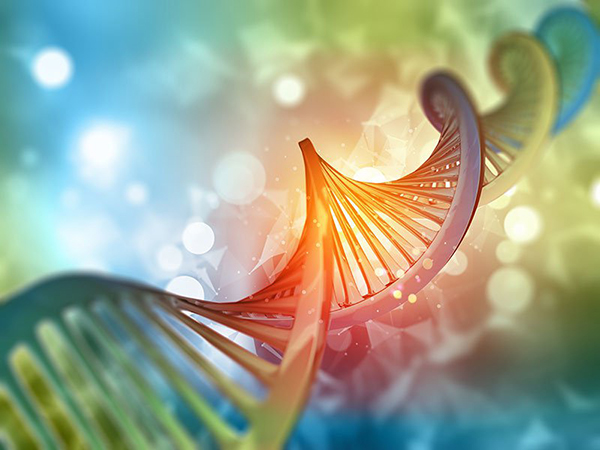 Biotech stocks have relatively underperformed the broader market as evidenced by the performance of benchmark Nasdaq Biotechnology Index. The overarching risk of increased regulation creates a burden that is hard to overcome and is not expected to dissipate in the foreseeable future.

However, as the monetary policy shifts to an accommodative phase, biotechs will start to experience a favorable wind in its sails that can contribute to some extent towards overcoming the persistent drag from healthcare regulation.

We expect biotechs to have a window of opportunity to move higher over the next few months as the group benefits from loosening monetary policy, provided the fear of recession does not mount sharply. However, the regulatory risk remains real and will only intensify in 2020. Nonetheless, biotechs will continue to present attractive opportunities on a selective basis to materially outperform the benchmark indexes, as it has done even over the difficult period of the past four years.

The promising science and innovative approaches have pushed biotechs into a new sphere. In our Prudent Biotech Model Portfolio, we emphasize small to early mid-cap biotechs, which typically outperform larger-cap biotechs and can also benefit from the sector premium when acquisition activity heats up. That strategy has served us well as the model portfolio performance would indicate. Investors should always consider a portfolio approach to manage the high risk inherent in biotech stocks. If you wish to sign up for a free monthly biotech pick and also learn how we invest, you can do so at our website.

As always, kindly do your due diligence. The biotechs and the small-cap market segments carry a higher risk of losses than the broader market. Opinions can change with time and additional data, with no obligation to update unless you are a model portfolio subscriber. Graycell Advisors, Prudent Biotech, GraycellAdvisors.com and associated names, publish quantitative-driven model portfolios for investors and Registered Investment Advisor (RIA). We are not a RIA. Historical performance figures provided are unaudited and based on our proprietary analysis and system performance. The performance results obtained are intended for illustrative purposes only. No representation is being made that an account will or is likely to achieve profit or losses similar to those shown. Past performance is not indicative of future results, which may vary. Use of the information herein is at one’s own risk. We cannot guarantee the accuracy and completeness of any information furnished by us.

2 thoughts on “BIOTECHS ON THE MARCH: THE BATTLE BETWEEN REGULATORY RISK AND MONETARY POLICY”